These photos were taken in the arcades in Leeds.
When I left University in 1983 my first job was working in the fabric department of Habitat which opened on Briggate Leeds that year.
The arcades were quite run down at that time but now they have been restored to their former glory and are full of trendy expensive shops.
These first two were taken in the arcade that forms the Victorian Quarter and this modern glass has been put into the ceiling. 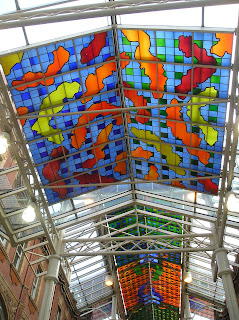 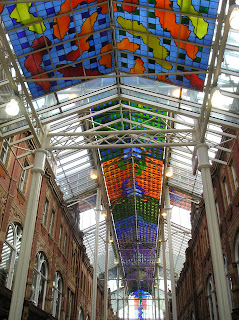 Here you will find shops such as Harvey Nichols and Vivienne Westwood.
The next photos were taken in County Arcade which is more traditional. 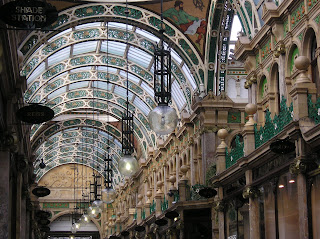 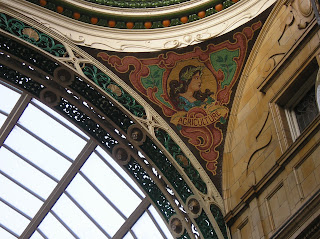 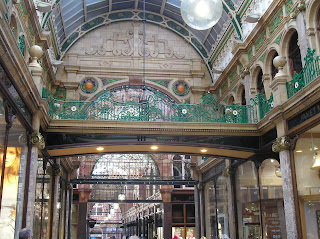 Gosh,that looks like a rather lovely place to visit.......

Hi Janet
Just seen your pics of Leeds and hope to visit tomorrow (Sunday) before my weekly train ticket runs out. I've heard of a vintage fashion fair at the Town Hall and hoped to visit the Art Gallery,now I definitely must.
Sue