My ultimate goal is to be a patchwork and quilting teacher. I was hoping this would happen this month as I was supposed to be teaching a class at the college I usually teach at. However not enough people signed up to do the course so it is not going to happen yet.

I did do some teaching in August though - even though it was for my own patchwork / embroidery group. I did a workshop on applique using the 'freezer paper on top' method which I learned while doing my Dear Jane blocks.
I had a really great turnout for the class and everyone seemed to enjoy it.
Here are some photos of the little block they made. 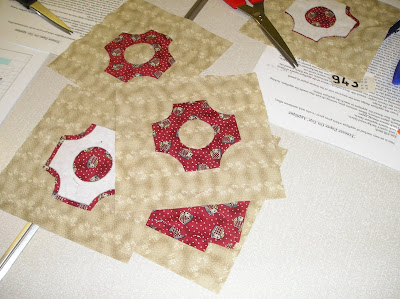 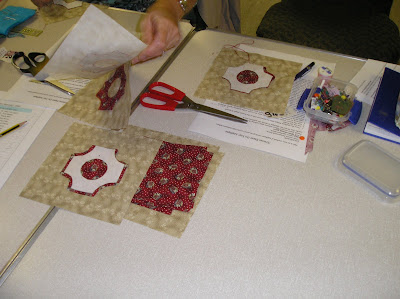 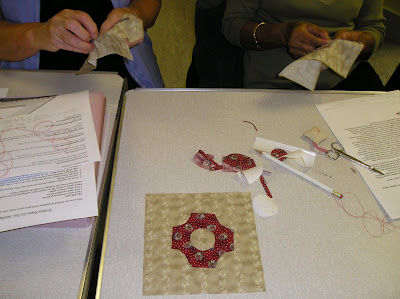 One of the best ways you can tell if a class is a success is if anyone continues and does their own version of the blocks. I was really pleased to see that the next month Dorothy had made all these blocks for a charity quilt. 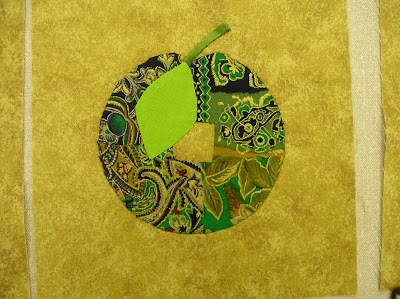 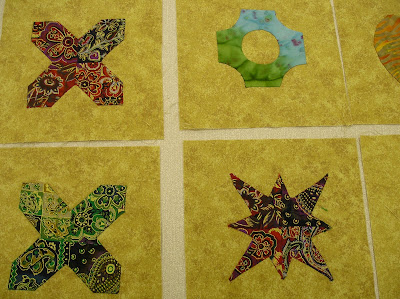 Don't you think they are lovely - so bright and cheerful! 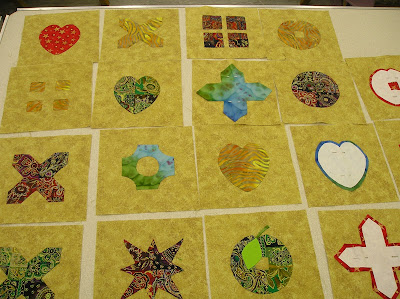 Also Margaret had started a butterfly applique quilt for her daughter using the same method.
It went down so well I will probably do another next August and I also have a little sewing workshop planned for the Christmas meeting.

I also have two tentative teaching jobs offered for the new year but they will also be subject to signing up enough students - so fingers crossed!
Posted by Janet at 11:41

you can do it- I would take your class if I was in the area. I do a lot of raw edge applique but am up to learning other styles. cw