Sunday we went to the Chiricahua National Monument. This was a brilliant place but the icing on the cake was..... 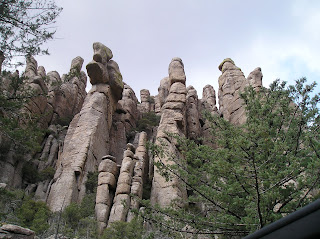 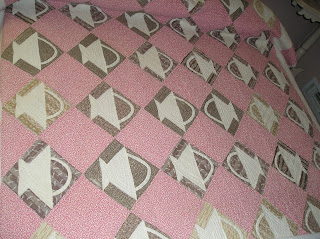 Because it was Sunday they were doing guided tours of the Faraway Ranch - a homestead dating back to the 1880s which has been preserved as if it was in the 1960s. The quilt belonged to the mother of Lilian Riggs, a woman called Emma who had come to America in the late 1860s from Sweden. The quilt was made by her sisters in Sweden and she took it with her when she emigrated. It was lovely, even though it was a bit worn. 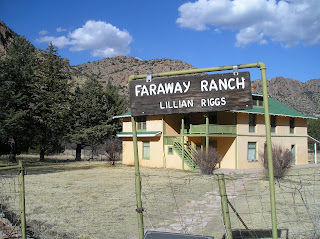 In the morning on Sunday before we left Tombstone I found this raffle quilt. The colours are so evocative of Arizona and as you can see it has been hand pieced. 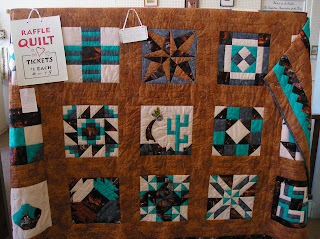 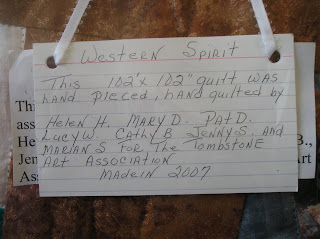