I have 5 pieces to do for this year in my City & Guilds course. One of them is a bag and I had already decided to make a bag for my cutting mat, rulers and cutters as that is something I need.
When I was out shopping at Christmas I found this book - I kept looking at the designs and thought how well they could be adapted to patchwork - and I just had to buy it! 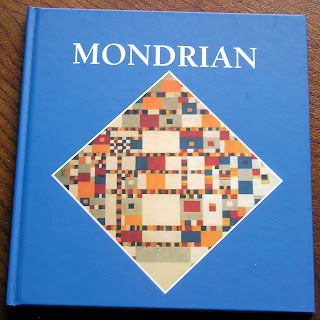 Mondrian was a Dutch artist and the works that interest me were all painted in New York in the 1930s and 40s.

He used a limited palette of white, grey, black and the three primary colours - blue, red and yellow. The designs all follow a defined but varied grid pattern. I thought how easy this would be to convert into fabric - how wrong I was!

I am working first on the back of the bag - the piece is 21 x 25 inches. I drew a grid onto backing fabric and then I bondawebbed the fabrics on.
Everything was great so far! 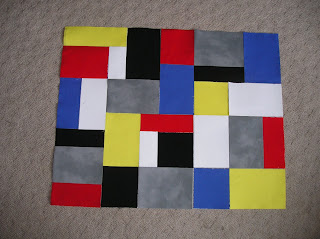 It took all Sunday afternoon to produce enough black half inch strips to lay between the blocks but so far so good! When I pinned the black strips on it was obvious that there would be too much movement when I sewed so I decided to tack the strips down. This was very difficult as the strips still kept moving and it was very difficult to tack through the bondaweb. Also I needed to be careful to have enough overlap to cover the coloured rectangles but also keep the lines straight. The nightmare had begun! 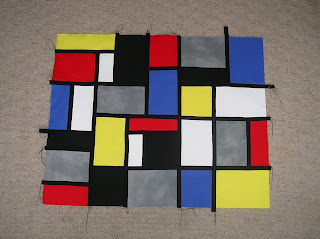 In the end I decided I needed to just get on and sew it but after many readjustments and lots of unpicking I just could not get it straight. This has proved a very big challenge - and I still have the front to do. Even though it is not perfectly straight and square and I going to carry on - mainly because I have invested so much time and energy in it! City & Guilds should be a challenge and I wanted to stretch my abilities and I am certainly doing that.

On a lighter note these paintings of Mondrian have influenced other areas of modern culture. 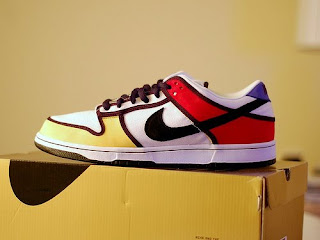 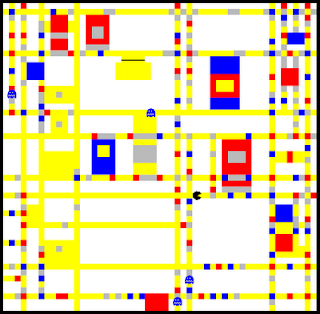 A pac man game where the little men actually 'eat up' one of Mondrian's last works of art - 'Broadway Boogie Woogie' painted in 1942.


And hair care products with a Mondrian inspired logo. 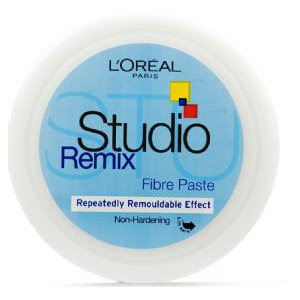 Despite the problems I am having I love his work and am determined to get this bag done for Feb 7th!

Yes, I knew about the L'Oreal link but not the others. Very interesting!