Moving on into Oklahoma!

Jude was asking what Route 66 was actually like as a road. Sometimes it is interstate (motorway), dual carriageway or just normal 2 lane roads. There are however some single track sections, known as pavements which are really old sections of Route 66. Here we are on one such section. 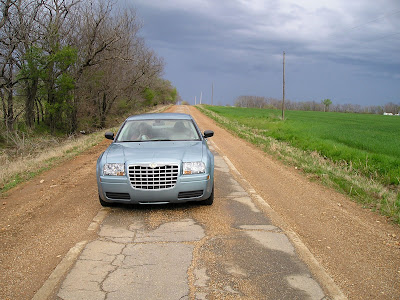 These concrete totem poles are a Route 66 attraction built in1948 by Ed Galloway. They are situated in Foyil Oklahoma. 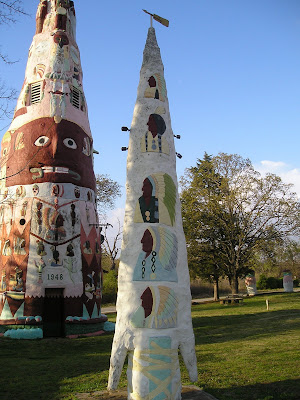 One of the wackiest roadside attractions is the Blue Whale which was built as a waterpark platform with slides and a diving board. 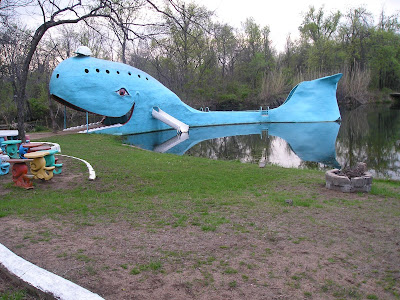 Trust me you really would not want to swim in that water! 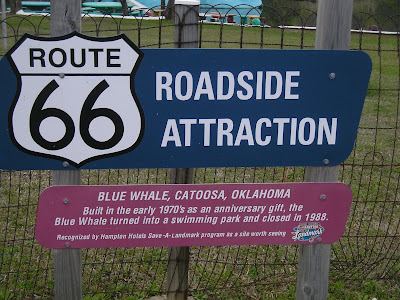 Saturday night was spent in Tulsa which we did not get chance to explore fully but were not that impressed with.

I'm really enjoying reading about your travels. It's good to see you're having lots of fun. It's looking like too much sightseeing and not enough shopping!! Looking forward to seeing all your purchases in May. Am just finishing my year 1 Shape Module by making (not more) Suffolk Puffs - hoping to get it marked at the weekend.