Yesterday (Sunday) the state of Oklahoma appeared to be closed!
As we drove along we came upon this giant pop bottle in Arcadia, the parking lot was full and people were flocking in. It turned out to be a restaurant themed with trendy pop bottles. 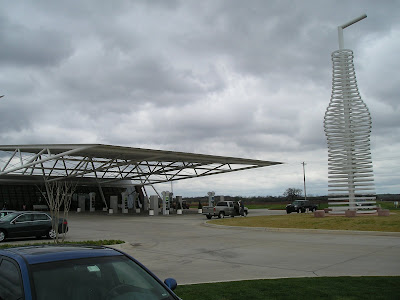 All the glass walls of the restaurant were lined with shelves of pop bottles, 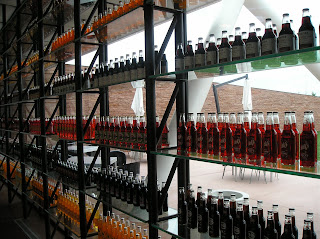 The other place we found open was the Route 66 museum in Clinton Oklahoma. 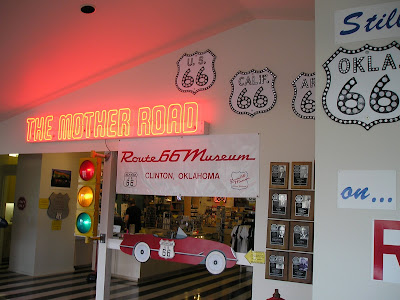 The highlight of this museum was this VW camper which had been painted to look like a hippy vehicle, 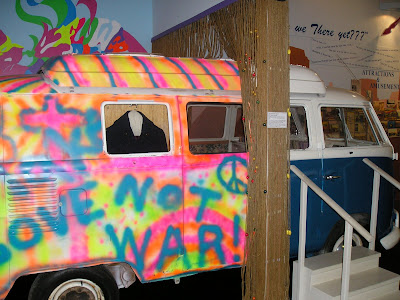 And there was even a Route 66 quilt! 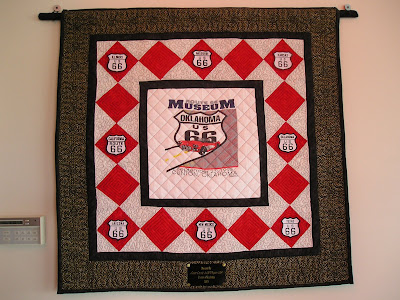 After this we decided to drive into Texas - to Amarillo - which was very significant because this is as far east as we went last year. That means that we have now driven the whole of Route 66 from Chicago to Los Angeles. We started our journey in 2000, doing the first section LA to Gallup New Mexico, last year Gallup to Amarillo, Texas and this year Chicago to Amarillo.
We celebrated with a Texan T Bone steak - well at least Geoff did.
If you want to read more about Amarillo look up the USA 2008 posts on this blog.

Wow, now I understand!! You are Route 66 officianados!
It was my birthday today so I was not on the computer

Anonymous said...
This comment has been removed by a blog administrator.
2 February 2010 at 17:23